Marketing Inspiration
The Importance of Emotional Intelligence in Creative Careers

Ever wonder about the inner mechanisms of your mind?

Us, too. But we’re a curious bunch of marketers, so that’s certainly not too out of the blue. The most recent topic to pique our curiosity is the idea that emotional intelligence has some sort of bearing on our creative abilities.

So we dove a little deeper, asked a few questions to our resident creatives, and found a few answers. But first—What exactly is emotional intelligence?

What is Emotional Intelligence?

Emotional intelligence is defined as the ability to perceive, use, understand, and handle emotions.

And this definition is not just about recognizing, understanding, and handling other people's emotions; it's also about recognizing that you, too, are a human with equally valid and powerful feelings. And that’s seemingly where creativity comes into play, for creating something artistic requires feeling something, recognizing that feeling, and acting upon that feeling in a way that attempts to pluck the heartstrings of someone else. The resulting product is art in the form of words, images, a painting, a collage, a song, etc.

We inherently color the things we do with the crayons that our emotions give us, but a creative career involves being more intentional about the calling upon and usage of these emotions.

Before we get all science-y on you, we asked a few of our resident creatives to pitch in about whether they’ve found emotional intelligence necessary in their roles, and if so, how. Here’s what they said:

“We are all emotional beings, and the ability to understand and perceive the ups and downs of emotions can make or break relationships with clients and coworkers. I would say, especially as a newly-minted manager, that emotional intelligence is crucial for a team’s wellbeing.” - Dana Sullivan, Content Strategist

As a user experience designer, users are the beginning and end of what I do. Empathy is how I can anticipate, for example, how a webpage will cater to its target audience, where a CTA button will convert best, or how an FAQ page would ideally be laid out to quickly help as many people as possible. I put myself in a user’s shoes and ask if the choices I’m making feel authentic and sensitive to the particular demographic that’ll be affected by them. Designs are never very successful when you don't know how the people using them would prefer to be helped, or worse, what they even need help with. It sounds crazy that anyone would miss those things, but it happens all the time when you neglect the emotional side of design and only focus on "making it work" -  Cole Christiansen, UX Designer

Absolutely. If you are tasked to create something that someone will like, you have to be able to understand where that person is coming from. Since creative work is inherently subjective, knowing what a client is drawn to vs. what they aren’t is imperative when making creative decisions. This is where having a high emotional intelligence comes in handy. - Courtney Rutledge, Designer

No doubt. Creative careers are more subjective jobs in the advertising industry because keen abilities to perceive, understand, and manage emotions is so important.  I like to think corporate creative work is generally split into both objective and subjective skill sets. It is in the subjective areas of this work that having emotional intelligence becomes even more important. For instance, those who are on the visual side of marketing have design direction on the one hand, which tends to be more objective, as it is answering the question, “does this look right?” based on existing design principles and current standards.  On the other hand, art direction tends to be the more subjective skillset, as it answers the question, “does this feel right?” The answer to that question is based on the assumed emotions from a group of potential customers. - Frank Jefferis, Associate Creative Director

Emotional Intelligence and Creativity are Indirectly, But Significantly, Linked

So the answer to our question above is yes.

With a few caveats.

A study done at Oxford University shows that emotional intelligence only seems to lead to creativity if two additional preconditions are present: If an individual has a proactive personality and exists in an environment that supports them.

Individuals with a proactive personality are often described as:

And the proper environment required for these individual’s creativity to flourish must be:

Personalities are determined and built on an individual basis, but environments can be carefully curated to influence and inspire. So what might one of these creativity-fostering workplaces look like?

Marketwake’s culture is uniquely built around the idea that your work self should be synonymous with your real self. And real selves entail real emotions; they are one of the most basic parts of being a human being. Being able to have and recognize emotion—AKA exercising emotional intelligence—to some extent in your work is an incredibly important part of having a successful creative department.

For a really long time the idea of bringing emotions in any capacity into the workplace was considered a negative thing, for emotions were irrational; they got in the way of decision making and made for poorer relationships at work.

But the research is loud and clear—employees in any role, creative or not, are more likely to perform better and be retained within their organization. In the words of one of our managers,

We might be creating amazing and creative work but at the end of the day we are creating this work for humans - that might be our clients or our client's/clients. I share with the team all the time that creative work can be very subjective - it's how it makes someone feel. This is why when sharing work the reason we focus on “why” so much is because understanding the desires of our clients puts us in their shoes and in their minds. This ability especially as a creative allows us to be explorative creatively while also meeting the client where they are. Those that have the ability to explain the “why” and connect the dots to what they need/want/desire (to look good in their role) will get faster and easier buy-in on the work they create. - Hillary Settle, Marketing Manager

In the words of our content strategist, Dana, “Emotional intelligence is definitely important for anyone pursuing a creative career. I’d argue that it’s important for non-creative careers, too! As [our CEO] says, we always want to consider three actions as a marketing agency: think, feel, do. The “feel” part is essential—creative work should make you feel something, even if you’re marketing something that’s inherently devoid of emotion (hello, software). If we don’t tap into human emotion—through our words, our design, our art direction—then the “do” piece of the puzzle (aka the action we want audiences to take) will never fall into place.”

Everyone in an organization—from executives, to account managers, to directors of operations, etc.—is made better by exercising emotional intelligence in the workplace. So contrary to office tropes and stereotypical expectations, letting your emotions check out from 9am-5pm may actually be preventing you from doing your best work.

Emotional intelligence—it’s relating to a client’s story about their busy schedule on a Zoom call, it’s knowing your direct report had a long night and giving them a little more grace when they fall short, it’s studying a person’s (or client’s) likes/dislikes, aesthetics, personalities, and little quirks that make them special to create something uniquely them that you know they’ll be obsessed with.

That’s why Marketwake strives to be a powerhouse of understanding and analyzing companies and their offerings to be able to essentially read their minds, know them from the inside out, and blow every expectation out of the water, hitting the mark every single time.

Special thanks to Courtney Rutledge for this blog idea, and in general for her constant emotionally intelligent design brilliance! 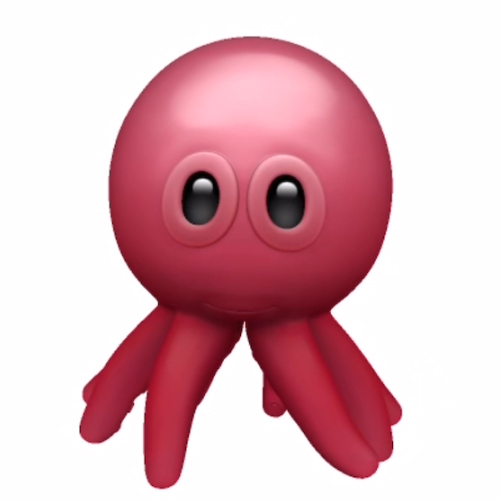 Preparing Your Brand’s PPC Marketing Strategy for This Holiday Season? Here’s Our Guide for 2022