Culture
Can A Single Cowboy Emoji Change Your Marketing? 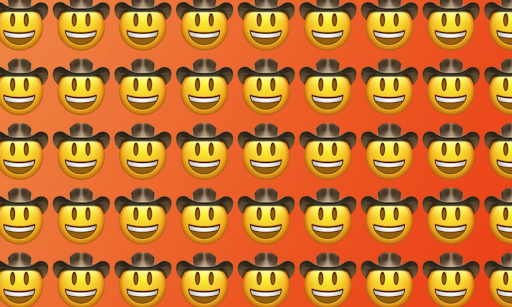 Wait, let’s rewind. What does that even mean?

We’re sure you won’t be surprised to learn that Generation Z has taken the internet by storm and has been changing the meaning of many popular emojis. However, while members of Gen Z still take some emojis very literally, others in that generation may not. We all know that the days of the laugh-cry emoji, skinny jeans, and side parts are over, and to replace them the internet has taken to new trends in terms of emojis.

Why the Cowboy Emoji?

So the cowboy emoji doesn’t actually mean you’re a cowboy?

Not necessarily. Like many emojis, this smiling westerner has more than one meaning. According to emojipedia.org, the cowboy emoji can convey that something is overly happy, funny, or exuberant. However, an alternate meaning originated through TikTok, and the cowboy emoji began to be used when someone felt awkward or standoffish. It has the same energy as someone who is simply standing.

You may ask yourself, “Of all the emojis, why the cowboy emoji?” That’s a good question, and we lack a good answer. And this is only the beginning of the nonsensical nature of emoji use. Emojis now tell a very different story than they did a few short years ago. Here are some examples on how to use emojis:

The classic red heart ❤️ can help you tell someone a tough message, in a more sensitive way. For example, your friends want you to go out with them on Saturday night, but you’d rather sit in your pajamas, turn on New Girl, and order a pizza. Say “No ❤️” and they’ll get the gist.

The pleading face emoji 🥺, also known as ‘puppy dog eyes’, can represent begging or pleading. Gen Z has turned this around to represent being shy, nervous, or bashful. It is usually used with pointing index fingers, following the popular TikTok trend. If you’re like me and have social anxiety in most situations, you’d feel “🥺👉👈” when going to ask literally anyone anything.

Lastly, my personal favorite: the sparkles emoji ✨ which can be used for an array of things. While they were originally meant to depict positive sentiments or cleanliness, Gen Z has pivoted this and it is now based on how the individual interprets it. For example, you could use ✨ around words you want to make more fun and upbeat. Reading, “In traffic, be there soon” is boring and lame but, “In ✨traffic✨ be there soon” adds a little bit of ✨spice✨.

What do Emojis Mean?

And where did the term ‘emoji’ come from, anyway? Originating in the 1990s, the word is derived from the Japanese e, meaning “picture” and moji, meaning “character.” The boom of computers, the intranet, and the world wide web (www.) contributed to this immensely. Defined by Google, emojis are small digital icons that can be used to express a thought or idea. However, emojis were not really utilized to their fullest potential until 2011 when Apple adopted them into their iOS 5 operating system.

The History of Emojis

When you think about the first time you used an emoji, what comes to mind? Was it around four years after the first iPhone was introduced?

If so, you’d be dead wrong. Think wayyy back, because in reality, emojis are a primitive language that made their appearance well before the advent of modern technology.

The first-ever written language began in Egyptian times. This led to an explosion in communication and the creation of the first alphabet, consisting of around 20 characters. This wall chart at an exhibition pairs a column of hieroglyphs with a column of emojis. Unfortunately, our beloved cowboy emoji did not have his first rodeo until later on.

Ah yes, the beloved Emojicon that many still use today to show off the simpler things in life. Beginning in the early ‘90s when chat rooms were created, users realized they could use different aspects of their keyboard to express their emotions. Some of my personal favorites are the classics: :) and :(, and the more creative ones: a pig: :(:) and a monkey :(). Unfortunately, no one had the skills to create a cowboy emoji.

A set of 176 emojis were created by Shigetaka Kuritas for the Japanese mobile, DoCoMo, making the emoji a worldwide phenomenon. Icons for traffic, technology, the weather, and time were included.

If you are a millennial, you probably remember the good old days of MSN or AIM instant messaging on your parent’s old, boxy computer. MSN created a set of 60 emojis, including animated ones and even keyboard shortcuts for specific emoticons.

Small throwback to the days of jailbreaking  our phones by downloading an app and adding it as a separate language to get emojis on your keyboard. 😜

2010 - Emoji is Standardized by Unicode

This meant that brands like Google, Microsoft, Facebook, and Twitter could start creating their own versions of emojis that would appear even if a message was sent from another operating system.

FINALLY—Happiness at your fingertips. Emojis officially became part of the Apple iPhone keyboard. Android would follow a couple of years later.

Emojis got a diversity update and the emoji keyboard was enabled for all iOS users by default.

Facebook officially rolled out "Reactions" to users worldwide on February 24, 2016, letting users long-press on the like button for an option to use one of five pre-defined emotions. What’s more, our little cowboy emoji friend came to life in Emoji 3.0, released by Apple.

The UI for building your own emojis using Apple’s emoji designs was created.

Emojis have come a long way, and they aren’t done yet. They continue to change the way we communicate on a daily basis. They are even used in marketing for some brands, companies, and businesses in order to connect with the buyer/consumer! 🤑🛍

How do emojis affect marketing?

Emojis can be super powerful in marketing if they’re used correctly. And to use them correctly, you have to take your audience into account. You wouldn’t include emojis or “text talk”, when communicating with a senior account manager at one of the Big Four accounting firms. You would, however, name the group chat you have with your roommates: roommates 🤠🥳🤗🧚⚡️🤪. When an audience looks at emojis in marketing, it evokes an emotion within them and can add playfulness to the brand.

However, emojis can also become a language barrier between generations.  By defining what emojis mean to your brand and who your audience is, you can decide whether or not it would be beneficial to utilize emojis to connect with your audience and build your brand persona.

At best, emojis can humanize your brand and give it personality. At worst, they confuse your audience because they do not know what they mean, or they come across as too informal for your brand voice or copy medium.

So let’s take a deep dive into the different departments at Marketwake that use emojis and see how they are effective.

Emojis are very interesting tools to account managers because for AMs, it’s all about doing things with a “right place, right time” mindset, and the proper use of emojis requires this kind of thinking. Using emojis in email subject lines and Facebook ads is the most effective way our Marketing Director, Bin Cochran, advises brands to use them.

“I have always been surprised by the power of emojis in email subject lines”, Bin shared. “They consistently improve open rates for some of our clients, especially B2C. Whether you are a health company utilizing ‘😷’ during Covid-19 or a golf company using ‘⛳️’ , emojis’ ability to really breathe life into plain text should not be underestimated.”

Emojis can be great—and not so great—all depending on how they’re used and what your audience is receptive to. Being smart about how and when to use emojis can make a big difference in your marketing.

It’s no secret that emojis live on social media. They serve multiple purposes and can be used across different platforms as well. Here are a few ways Sydney Watts, one of our social media managers, uses emojis across social media.

In the world of paid ads, emojis can tremendously improve click-through rates and overall conversion rates by adding a quick visual component. According to a study by WordStream, using an emoji in a Tweet can increase engagement by 25%, and using one in a Facebook post can increase shares by 33% and interactions by 57%.

When using emojis for ads, they should be used to support your message and align with your branding. By using emojis for Facebook Ads, it helps break up the feed and draw eyes to the text/image you are using for conversion. Emojis can help ads blend in with a more native and organic appearance, which ultimately means more 💰for your team.

“Along with increasing performance, emojis can help humanize your brand, add context and background to your content, and help ads blend in with a more native and organic appearance,” revealed Nicole Santana, one of Marketwake’s Paid Media Managers.

The Reasons the Cowboy Emoji is Important:

Overall, emojis are a great way to engage your audience, break up text, and add a little pizazz. Just remember: emojis don’t mean what you think they mean; i.e., the cowboy emoji isn’t actually a cowboy.

We’re just kidding. But only a little bit. Because in all seriousness, you should know who you’re talking to before you slap an emoji down on your blog or social post. Your audience defines everything when using emojis. Don’t be afraid to use them correctly in your branding or social media posts.

Lastly, do your research on what emojis mean right now. Gen Z really likes to shake things up, and emojis are just the beginning. Until next time 👋

Q: How can I use emojis effectively in my branding?

A: It’s easy! When building the set of emojis you’d use in your branding, choose emojis that make sense. You don’t need to use them every time you post or send an email, just when you feel it’s necessary.

Q: Can I use emojis outside of my defined branding emojis?

A: Certainly! There are emojis that add a little spice here and there without being overbearing. Neutral emojis are ones that will never change their meaning and everyone can understand. Emojis like smiling faces and symbols will have the same meaning to everyone. Just don’t use the laugh-cry emoji unless you’re a Millennial.

Q: How are emojis helpful for communication?

A: The bottom line? Emojis help to break up text while bringing in emotion or representation. By researching emoji meanings, your brand can elevate its messaging and keep in touch with pop culture. 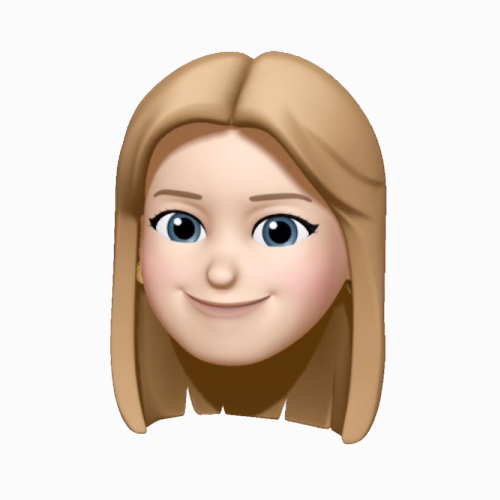 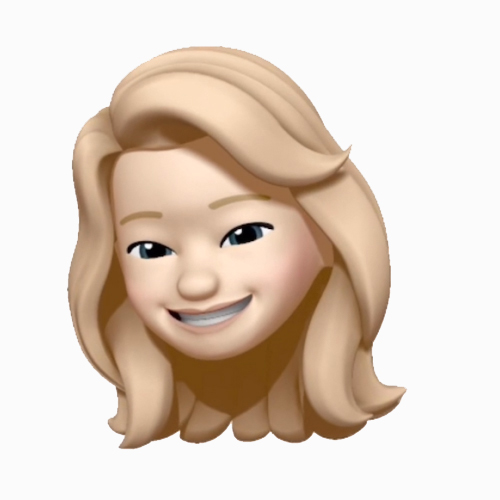 The Beginning of Everything

A Year of Magical Thinking