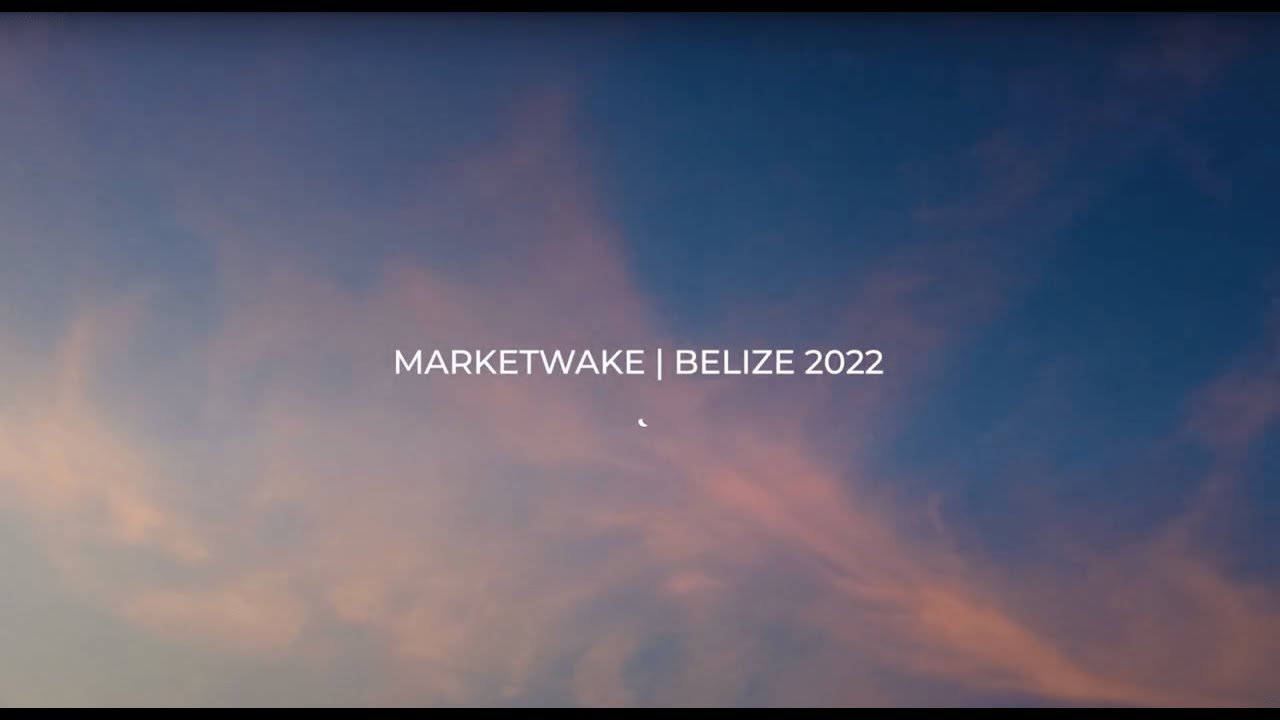 I think that any and all journeys are exhilarating, but they are certainly even more so when you find yourself embarking on a journey that is both unexpected and rare.

Going to Central America with your entire company for three days? Yeah, I think that counts for many reasons (in my opinion).

Whilst sitting patiently on the MARTA on the way to the airport at 6am on January 26, 2022, en route, I found myself wondering what exactly a gathering (nay, a flock) of Marketwake employees would look like at Hartsfield Jackson, about to head out on the first leg of this three-day adventure:

Ruben always gets to work super early, so I bet he’ll be chillin’ at the terminal. Same with Stephen, and I’m sure Katherine will be ahead of the game as well. I’m a little worried about Zac making it in time, though. Hm. Someone definitely brought a ton of pocket shots. I wonder who it’ll be.

Sure enough, the first person I saw when I walked to the gate of our flight was Ruben and his wife, whom I met for the first time as I was still blinking the sleep out of my eyes. For my body had yet to catch up to how awake my mind was.

My mind, contrary to my barely functioning legs, was positively reeling; as someone who started working at Marketwake less than a year ago, I had been looking forward to this trip to Belize for months, seeing it as the perfect opportunity to really get to know my co-workers, and for them to get to know me.

As I sat sipping my coffee, people started to trickle towards the gate after getting quick breakfasts and large coffees. When it came time to board, Sydney, the ever-vigilant social media managing queen, got us (and a few other fellow boarders [strangers]) to do a Tik Tok trend for a future video that’s sure to go viral (hint: it did).

Without knowing exactly where we were going, we all boarded the plane and took off.

…And as soon as we landed, we boarded a second plane.

Technically, multiple second planes. Although we are a small company, these planes were WAY too small to fit everyone in them. 15 people max fit in each little hopper plane with one lucky soul sitting shotgun to the pilot (we really could have just reached over and pressed a helluva lot of buttons!).

As soon as we landed, we boarded yet another form of transportation: a boat. And after about 20 glorious, truly unreal minutes riding the waves, we pulled up to a gorgeous, long dock lined with mini hang-out dock-pods. At the end of this dock (that felt more like a golden brick road) were many colorful little huts lining a beautiful private beach.

I mean how unreal is that.

All afternoon was spent getting acclimated; throwing on temperature-appropriate attire (sorry Bin—“dope ass clothes”), drinking a beverage (Lighthouse anyone? Belikin? How about a banana daquiri? Just shots of tequila? You got it), and getting to know SO’s (Marketwake makes sure significant others are included on this yearly escapade as well!).

Dinner was absolutely delectable, but what was even better was the conversation; the pretense that can permeate office cultures was nowhere to be found, and everyone, old employees and new, were talking to each other like neighbors.

And it was this first night that I realized I might not ever understand how it came to be that everyone at Marketwake has an incredible sense of humor. It could also very well be the fact that everyone is in sync enough so that riffing and prodding fun is just second-nature, and it was because of this that the trip as a whole ended up reminding me a little of one of my own family’s reunions.

But alas, at the end of dinner, the waking hours ended for most everyone, since Brooke’s announcement alerted us to the fact that we would be up before sunrise and on the boat before that lovely ball of fire peeped its little face over the gorgeous glassy water the next morn.

And sure enough, we were indeed on boats with breakfast in our laps before we were able to properly speak sentences to each other; jetting off to the dock in town. The sunrise turned everything to match Courtney’s aesthetic, and we sat eating fresh papaya and scones as we laughed at the absurdity of being up at that hour.

The rest of the morning was filled with exploration; waltzing around Mayan ruins, sans sacrifices (they almost took Anna though), purchasing fried plantains and coconuts from locals, knocking back some mid-morning brews, and holding a random boa constrictor thanks to a man on the side of the road.

We spent the afternoon up in the treetops zip lining, and after a delicious lunch of rice, BBQ chicken, and fresh tortillas, we pre-gamed cave tubing with a little jungle juice made fresh on our bus by our wonderful tour guides.

We floated down the river and through a network of caves in pods of tubes tied to one another, led through a dark labyrinth of stalagtites and stalagmites previously thought of as the underworld by the Mayans. Occasionally, a bat would flit by, making the whole “underworld” vibe a little bit more believable.

Everyone bought whole pineapples filled with rum as souvenirs and they ended up being somewhat necessary pacifiers, seeing as our bus broke down not once, but twice on the way back (cue Vero almost having a conniption and everyone being 1000% convinced that, whatever the problem may be, Ruben could fix it).

What originally was a potential problem became a happy incident, because our tardiness in catching our flights back meant we got to see the most beautiful sunset over our little town of San Pedro from the air.

And the night that followed this crazy day was just the best. There’s no other way to put it.

We took taxis down one of the windiest, longest roads I’ve ever experienced, and eventually ended up at a beautiful little restaurant in the middle of town. Once again, the food was amazing, but the company and conversation outstripped any dish, drink, or sight.

I sat with a completely different group of my co-workers than I had at dinner the previous night, and thus, I came to another realization over the course of the meal: No group of people at Marketwake feels beyond my approach. Regardless of department, tenure at Marketwake, or vested authority, I felt and feel absolutely comfortable coming up and joining the conversation of anyone in my vicinity, whether that be in Belize, or our office at 120 Ottley Drive.

Regardless of how our nights found their end, we all woke up the next day to a slow morning air drifting through the resort, laced with the heavy humidity and salt of the beach. We all met on a gloriously sunny patio, sat down, and regardless of when people woke up, everyone I watched sit down at my table almost instantly ordered an iced coffee. We were free to do as we wished until 1pm, at which point we hopped on boats and jetted out to the barrier reefs for my favorite part of the trip: snorkeling and swimming with sharks.

Amidst the green sea turtles, nurse sharks, parrotfish, grouper, barracuda, and eagle rays, I came once again to marvel at the fact that I was in Belize with my whole company.

The boatride back was filled with dancing to throwback tunes, snacks, more Belizean beer, and a beautiful golden hour over the glassiest of waterscapes.

Our last night was a dream unto itself; a send-off dinner worthy of kings and queens, filled with conversation to match. A fueling up of both food and good words for the next morning of traveling back home to Atlanta.

Brooke thanked us all for the hard work of the previous year that made this trip possible, and explained that celebrating our wins is an integral part of a job well done (hint: more on that coming next month). She hyped us all up for the year to come, and spoke to something which we were all thinking: a trip like this is a sign of a very special group of people, doing very special things.

Upon many a reflection of this trip, I didn’t ever think that I would be able to interact with my co-workers anywhere so candidly and comfortably. But after 6 planes, 5 boat rides, three sunrises, many conversations, and countless coconut mojitos later, I feel even more at home at work, and the excitement from everyone for the year ahead of us is palpable in the office, as this trip has properly energized us to crush 2022 into smithereens (and we have some hefty goals in store!).

And, because no-one likes a one-sided story, here are some one-sentence summaries from my fellow Marketwakers detailing some of how they felt about the trip: